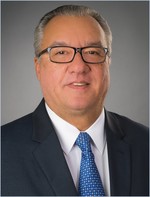 Lourenco Goncalves has been Chairman, President and Chief Executive Officer of Cleveland-Cliffs since August 2014. He designed and led the company through a major strategic initiative transforming Cliffs into a leading player in the U.S. steel industry, starting with a complete financial turnaround, followed by growth initiatives in the metallics market and the entry into the steel business. In 2017, Cliffs started the construction in Toledo, Ohio of the world’s most modern Direct Reduction plant, which started operations in November 2020. Mr. Goncalves led the acquisition of AK Steel in March 2020, followed by the acquisition of ArcelorMittal USA in December 2020. With these two major acquisitions, Cleveland-Cliffs is now the largest flat-rolled steel company and the largest iron ore pellet producer in the United States and in North America, holding an industry-leading market position in automotive steel. With the Toledo plant, Cleveland-Cliffs became the sole producer in the Great Lakes region of hot briquetted iron (HBI), an environmentally friendly metallic feedstock designed to reduce GHG emissions.

Prior to Cleveland-Cliffs, Mr. Goncalves served as Chairman of the Board, President and Chief Executive Officer of Metals USA Holdings Corp., a leading American manufacturer and processor of steel and other metals, for over 10 years. Prior to Metals USA, Mr. Goncalves served as President and Chief Executive Officer of California Steel Industries, Inc. for 5 years. Prior to that, he was employed by Companhia Siderúrgica Nacional (CSN), a major steel and mining company in Brazil, where he held several positions in operations and sales. From October 2011 to April 2014, Mr. Goncalves was a board member of Ascometal SAS, a manufacturer of special steel headquartered in Paris, France.

Mr. Goncalves is a Distinguished Member and Fellow of the Association for Iron & Steel Technology (AIST). He was the recipient of AIST's Steelmaker of the Year Award for the year 2021. Mr. Goncalves currently serves on the Board of the American Iron and Steel Institute. In 2019, he was the recipient of the Crain’s C-Suite CEO award for his contributions, community commitments and outstanding professional performance in Northeast Ohio. 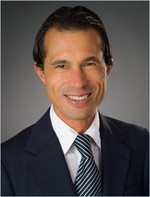 Mr. Taylor has served as Chief Executive Officer and Co-Chief Investment Officer of Casablanca Capital LP, a hedge fund, since he co-founded it in 2010. Prior to Casablanca, Mr. Taylor was a Managing Director at Lazard Freres & Co. LLC, a leading financial advisory and asset management firm, from 2002 until 2010. From 2000 until 2001, Mr. Taylor served as a Managing Director of Dresdner Kleinwort Benson, and from 1993 until 2000, he held various positions, including Managing Director at Wasserstein Perella, a global mergers and acquisitions advisory and investment firm, which was bought by Dresdner Bank. Mr. Taylor began his investment banking career at Toronto Dominion Bank, a Canadian multinational banking and financial services corporation, where he served as Associate from 1990 until 1993.

From 2008 to 2010, Mr. Taylor was the Chief Financial Officer and director at Sapphire Industrials Corp., a blank check company formed for the purpose of effecting business combinations with one or more operating businesses.

Mr. Taylor’s qualifications as director include his vast financial and strategic advisory and investment experience, which included advising public companies. 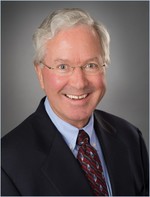 From 2006 to 2013, Mr. Baldwin served as a Director and Chairman of the Audit Committee of Metals USA (NYSE: MUSA), which provides a wide range of products and services in the heavy carbon steel, flat-rolled steel, specialty metals, and building products markets. Previously, he was Senior Vice President and Chief Financial Officer of Graphic Packaging Corporation, and Vice President and Chief Financial Officer of Worthington Industries, Inc. 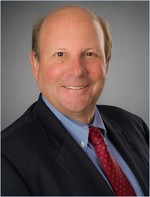 During Mr. Fisher's tenure at Goldman, Sachs & Co. from 1982 to 2001, he worked extensively with many of the leading North American metals and minings companies, and also served as the head of Goldman's Investment Banking Mining Group. Mr. Fisher has vast experience in the investment and finance industries which included advising the boards of numerous public companies. Currently, Mr. Fisher is President and Chief Executive Officer of George F. Fisher, Inc., a private investment company that manages a portfolio of public and private investments.

Mr. Fisher served as a director of CML HealthCare, Inc., a leading provider of private laboratory testing services, from 2010 until 2013. Mr. Fisher served on CML’s Audit and Corporate Governance Committees, and as the Chairman of CML’s Human Resources Committee, Chief Executive Officer Search Committee and the Special Committee to consider strategic alternatives.

Mr. Fisher currently serves as Vice President and Scholarship Committee Chair of Sailfish Point Foundation, a non-profit foundation that awards college scholarships and educational grants in Martin County, Florida, and has done so since 2012. Mr. Fisher served as President of Westchester Youth Soccer League, a non-profit organization that provides for youth soccer for 18,000 student-athletes in Westchester, Manhattan and Bronx New York, from 2004 until 2011. 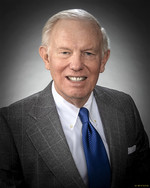 Mr. Gerber currently is Managing Director of Cabrillo Point Capital LLC, a private investment fund. Prior to that, he was Executive Vice President and Chief Financial Officer of Kelly Services, Inc., a global staffing solutions company.

Prior to joining Kelly Services, Mr. Gerber held senior management positions in corporate finance for The Limited, Inc. He is a member of the National Association of Corporate Directors, and serves on the Board of Wolverine World Wide Inc. Mr. Gerber also served on the board of Kaydon Corporation from 2007 to 2013 as chair of its audit committee, and previously served on the Board of Directors of Brylane, L.P. 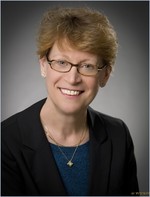 Susan M. Green has over three decades of experience as a law and policy advocate in the public and private sectors. Currently, she teaches constitutional law and other courses at American University and the University of Maryland. Ms. Green began her career litigating cases on behalf of employees, labor unions, and employee benefit plans in federal and state courts across the country. Thereafter, she spent three years serving as Chief Labor Counsel to the late Senator Edward M. Kennedy. In that capacity, she managed Committee hearings and Senate floor debates; prepared Committee reports on legislation; and oversaw Senate confirmation of executive nominees.

After holding high-ranking political appointments in the U.S. Department of Labor, Ms. Green spent six years as Deputy General Counsel at the U.S. Congress Office of Compliance, which enforces labor and employment laws for over 30,000 Legislative Branch employees.

Ms. Green’s community service activities include co-chairing the Schools Committee for the Harvard Club of Washington; participating as an Affiliated Researcher at the Institute for Women’s Policy Research; and serving as senior review editor for an online book review. Ms. Green received her B.A. degree from Harvard College in 1980 and graduated from Yale Law School in 1985. 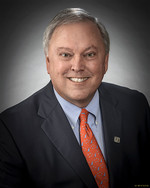 Mr. Michael has held executive level positions with companies in the insurance and financial sectors, including in his current capacity as Chairman, Fifth Third Bank, Greater Cincinnati Region.

He has gained experience and knowledge by serving on several other public company boards. These include capital markets and finance matters as a former director for FBR & Co. and energy-related issues as a former member of the board and former Lead Director of Key Energy Services, Inc.

Mr. Michael earned his Bachelor of Arts degree from Stanford University and his Master of Business Administration degree from the University of California at Los Angeles (UCLA) Graduate School of Management. 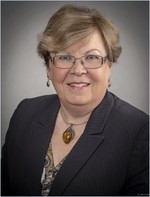 Ms. Miller was an executive officer with University Hospitals, a nationally ranked health care system headquartered in Cleveland, Ohio, prior to her retirement in May 2019. As Chief Legal Officer, Ms. Miller was a trusted advisor to the University Hospitals parent organization, as well as its many subsidiaries, on governance, internal audit, legal and enterprise risk matters. She provided strategic, tactical and legal advice in connection with acquisitions of 5 hospital systems and their related entities. University Hospitals includes teaching hospitals, 14-wholly owned hospital locations, multiple joint ventures, affiliations and investment relationships and more than 25,000 employees. Under Ms. Miller’s leadership, UH developed state-of-the-art innovations which resulted in improved patient care and management of claims, as well as new techniques to manage corporate and regulatory matters and advance internal controls. 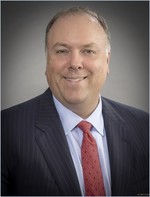 Mr. Rychel currently serves as the Chief Financial Officer for Pike Corporation, a leading provider of turnkey engineering and construction solutions for electric and gas utilities, as well as telecommunications companies. Prior to joining Pike, he was Executive Vice President and Treasurer of Aleris Corporation, a global flat rolled aluminum manufacturer, until its sale to Novelis Inc. in April 2020.

Mr. Rychel was a managing director in the Industrials Group at Barclays Capital, Inc., where he ran its Metals industry banking effort as the global head of Steel and Metals corporate finance coverage. Prior to that, Mr. Rychel was a managing director at Deutsche Bank Securities, Inc., from 1998 to 2009, where he ran the Metals industry investment banking effort. Mr. Rychel began his career as an analyst at LSG Advisors, an M&A boutique and predecessor to SG Cowen. 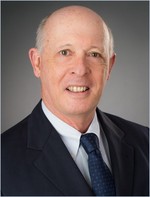 Mr. Stoliar brings to the Board his vast experience in and relating to the metals and mining industries along with his extensive experience serving on various boards of directors. Mr. Stoliar previously served as the Chief Financial Officer and subsequently as Executive Director of Planning and Business Development at Vale S.A., a Brazilian multinational diversified metals and mining company, from 1997 until 2008.

Mr. Stoliar currently serves as managing partner of Studio Investimentos, an asset management firm focused on Brazilian equities, where he has served since 2009. Mr. Stoliar serves as Chairman of the board of directors at Tupy S.A., a foundry and casting companies, and has done so since 2009. Mr. Stoliar has also served on the boards of directors of Knijnik Engenharia Integrada, an engineering company, and LogZ Logistica Brasil S.A., a ports logistic company, since 2013 and 2011, respectively. 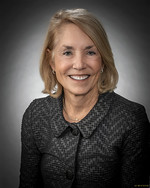 Ms. Yocum brings extensive business and management experience to the Board, drawing from her career in the financial services industry and from her prior service on several other public company boards.

As former Executive Vice President and Managing Executive of Client Service, PNC Asset Management, she contributes expertise in a variety of investment and finance areas. She held key leadership roles in PNC's investment management and wealth management businesses. During the course of her career at PNC, she led several business units, as well as held strategic planning roles. Her experience also includes regulatory, risk management and compliance matters. Ms. Yocum has also served on, and assumed leadership roles with, multiple other public and private company boards of directors, including the board of Glenmede Trust Company, the board of AK Steel and the board of Key Energy where she chaired the Audit Committee.

Ms. Yocum earned her Bachelor of Arts degree from Dickinson College and her Juris Doctor degree from Villanova School of Law.